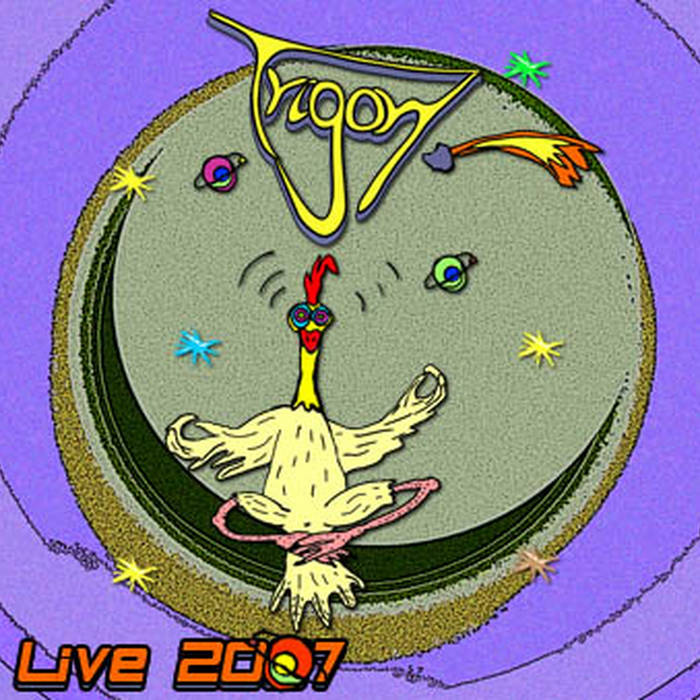 It's hard to imagine that just three musicians can deliver this much music and this much energy - live, and without pause.

Those who attended the Zappanale Festival in Germany in 2007 witnessed a wonderful block of live fusion. For the rest of us - the DVD comes pretty close.

Trigon is Germany's premier jam rock outfit and like their previous releases, Live 2007 is all-instrumental heavy progressive-fusion, played at a breathlessly insistent pace. The DVD is well filmed, and thankfully, the camera operators have no fear of zooming in on the fretboards so you can watch the technique. It's one thing to hear Trigon's music, but on film, Live 2007 highlights the excellent interaction among the three band members - who feed off each other as the jams flow. Each track develops its own melodic identity, though you'll have to guess what each song is about from the titles. Who knows what "Kamasutra Debakel" means. Just let your imagination flow. And "Dance of the tortured Turtle" will also conjure up some interesting images.

At first listen it sounds like an all-guitar piece, but listen more closely and you'll agree that the bass and drums contributions are significant - and are often dominant, directing the pace and the direction of the music. The musicianship of the guitar/bass/drums trio is beyond reproach, and it's a pleasure to observe the fluidity and the apparent ease with which they improvise on the fly. The only critique might be that it lacks variety in the dynamics.

"Spoil the Control for the Heart of the Sun" is obviously a reference to the similarly named Pink Floyd piece, though this is all Trigon's music. And "Raff an D�rti" features a riff reminiscent of Ten Years After's "Love Like A Man".

And you know what's really cool? You can get the music onto your iPod as well because the CD contains full MP3s of all songs.

So crank it up and zone out, zen-out, and freakout. Peace, out.
Added: July 23rd 2008
Reviewer: Duncan Glenday