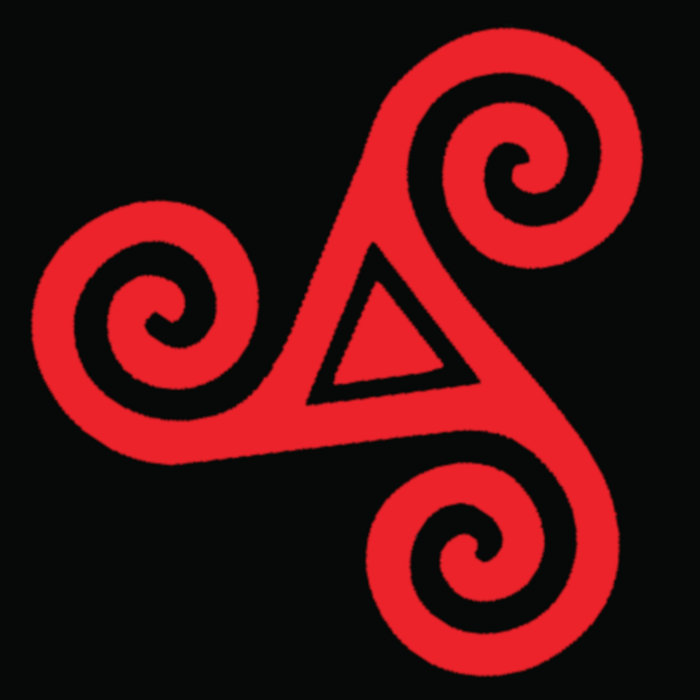 David Scott Longstreth these guys or some of play on the live karisruhe with OSC. nice composition and guitar work. OK. so I say that about all of them. Well, true, these guys in all the hese groups can play. However the difference is the Heavy to the Spacy. So these guys are inbetwen no Heavyness. Not quite Big Panda with nice themes Quality guitar flows.

Trigon were a band who I did not know about their existence one month ago, now, I thank Nikola Savic for enlightening me and guide me to listen to this excellent German trio, whose album I am reviewing was released in 2011. It contains 13 compositions that make a total time of 67 minutes. It opens with “Peitscht das Kamel”, which starts with drums and then bass and guitar join and create a cool psychedelic track, with nice changes, some guitar riffs and a strong bass that caught my attention.

“Roter mond” has a mid-tempo rhythm, with zones whose intensity seems to increase, and others where the music slows down and we can listen to the guitar as leader, while the bass and drums play some soft figures as background. “Spacechick Strikes Back” is a shorter but more dynamic piece, with that psychedelic sound but also with some rock that reminds me of those guitar heroes of the G3. Though this song is shorter than the previous two, I can say I found it more interesting.

The faster rhythm and dynamism continue in “Tuckischer Tonterror”. I like how the band makes several small changes in such a little time, I mean, they slow down and all of a sudden they retake the vertiginous sound, with cool drums, nice raw bass and great guitar. “Wunder” starts with repetitive bass lines and a rhythmical drumming, later guitar join and start playing different figures, creating all together a nice communion that will surely make the listener get more and more interested. It is progressing little by little until one is caught in their web. Very good track.

“Tanzen” may be one of my favorite pieces here. The guitar work is extraordinary the whole time, but the best is how bass and drums are always the necessary and perfect complement to this psych music that in moments has some rock touches and even some jazzy moments. The spacey and psychedelic tunes are more evident in “Zensation” , the music in moments is bombastic, like an explosion of sounds and nuances, but it is contrasted in softer moments where the guitar takes leadership while the great bass plays different cool lines, and the constant drums add the elemental rhythm. This is one of the finest moments in this album.

A different tune starts in “Raff an Dörte”, with a slower rhythm and with even a little ballad-like sound for a moment. After a minute it changes, adding new figures and elements that create a different atmosphere; later it progresses and little by little the intensity is increasing until at minute three they slow down and return to its original sound. But guess what, if you thought it would finish like that, you are wrong, because it retakes the faster and dynamic sound for the last minute until it vanishes. Great!

“Herz der Sonne” is another cool track where the music simply flows while a cool atmosphere has been created. After two minutes there is a weird moment where some effects that remind me of Star Wars’ R2D2 are implemented, creating a funny passage on this album. Then it disappears and the music continues its way. “Dekadenz und Korruption” continues with that cool mixture of rock, psych and slices of some other genres. The sound of Trigon has a particular style, which sometimes can be repetitive, but as a whole is interesting and enjoyable.

“Fata Morgana” has a much slower start, with a sound that makes me think of some mid-east places. After a minute it makes a change and builds up a new sound and structure, there are moments where it becomes louder and more emotional, and others where it is even relaxing. The drums here are a highlight. “Trommeltraum” starts all of a sudden. This is the ideal track for the drummer Rudi Meltzer, here we can appreciate his skills, this is his song. The album finishes with “Kamasutra Debakel” which is linked to the previous track, so this also starts with drums, later bass joins and together create a kind of ironic, joyful sound which seconds later is complemented by the guitar.

A very cool instrumental album by Trigon, interesting without a doubt.